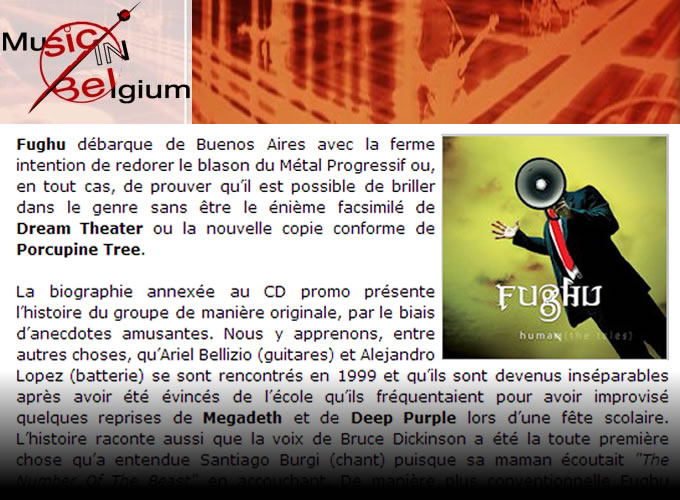 If you decide to purchase it, ” Human ( The Tales )” and ” Human ( The Facts ) ” will certainly not be the most typical Progressive Metal and classical albums from your CD collection .

Although Argentine musicians are at the top of their game, you will find very few technical demonstrations and compositions on their double extension album.

Rather than engaging in puffery useless Fughu has worked to create a strange and unique sound universe consists of  dark and theatrical atmospheres and various musical pieces also inspired by the psychedelic progressive rock / the seventies by the neo- prog eighties and contemporary progressive metal.

In addition to this melting pot of influences and strange sounds, is probably the tone of voice of atypical Santiago Burgi where Fughu allows to distinguish themselves from the mass of the current progressive training.

Deep and theatrical vocalist sparkles in a series of monologues and dialogues which he shares with a few guests as Damian Wilson or opera singer Dario Schmunck..