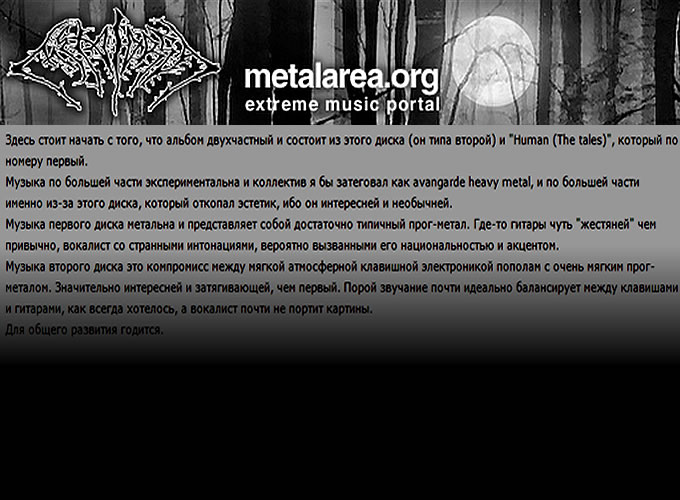 It should start with the fact that the album consists of a two-part , and this CD ( he was like a second ) and “Human (The tales)”, which is the first line .

Music mostly experimental and staff I would like zategoval avangarde heavy metal, and mostly because of this disc, which dug esthetician , for he interesting and unusual.

Music of the first disk and methyl is a fairly typical prog metal . Somewhere a little guitar ” tinny” than usual , vocalist with strange intonations , probably caused by his nationality and accent.

Music of the second disc is a compromise between the soft keypad atmospheric electronics in half with a very soft prog metal. Much more interesting and addictive than the first.

Sometimes sound almost perfectly balanced between the keys and guitars , as always like the vocalist almost spoils the picture.